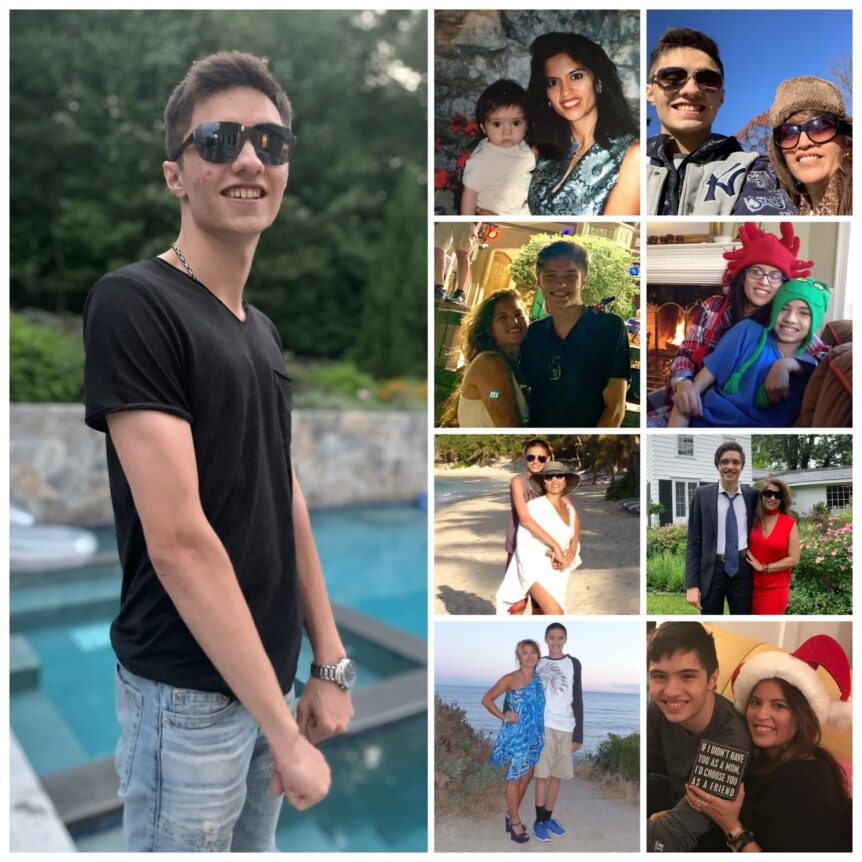 It’s nearly Halloween. I don’t love this time of year. It’s not that I have anything against dressing up in costumes, trick-or treating, or even candy – fun-size Twix are my jam. It’s just that this time of year triggers a myriad of bad memories.

I was at a pumpkin-carving party at my sister’s house just before Halloween in 2016. My son, Aidan, had asked to go to a football game at New Canaan High School rather than join family and friends at the party, which was a big annual tradition. Aidan was a sophomore, about to turn 16 in a few weeks and had finally seemed to be making good friends after years of being bullied and ostracized. I agreed to let him go on his own and had in fact even texted, “Make smart choices,” to his phone, but for some reason, the text didn’t go through. Oh, the irony.

About 30 minutes after I got to my sister’s, my phone rang. I could tell from the 594 prefix it was the school. The man on the phone told me Aidan had been caught vaping and drinking vodka that had been smuggled in via Poland Spring water bottles.

Aidan tells me now that was not the first time he’d drunk alcohol or vaped — just the first time he’d been caught. But for me that was the beginning — or perhaps it would be more apt to call it the end: the end of our age of innocence. That incident ushered in a seemingly never-ending nightmare of us fighting over his use of drugs and alcohol, his unflinching denial thereof, and — when I caught him redhanded — his condescending insistence that it wasn’t a problem.

Aidan and I have been completely on our own since he was 6 months old. It had always been just him and me and we shared a beautiful bond I never thought could be broken. But in a short time, my sweet baby boy devolved into a belligerent, aggressive and deceitful stranger.

By October of 2017, our relationship had deteriorated miserably. Again came my sister’s pumpkin-carving party and again Aidan wanted to go to the football game. We agreed he could go but would need to be back in time to go to the party with me later. He didn’t show up at the appointed time and wasn’t responding to texts or answering his phone. He finally showed up — clearly under the influence. Looking back now, I wish I had recognized the problem was so much more serious than I had convinced myself at the time.

He had been suspended from school, caught using and drinking at two of my sisters’ homes, fired from the same summer camp which had sent him home the year before when he was a camper after he was caught vaping and with a bong in his bag. He was kicked out of an IOP after showing up to a session high. He was even arrested – thankfully he was not yet 18 or the consequences would have been much more severe.

He had also become increasingly violent at home. Neighbors called police on more than one occasion. I knew things had gotten to the point where I was no longer equipped to handle this on my own – even with the help of Aidan’s therapist.

Rock bottom for me came when I found a rehab with an open bed and unfortunately (much too weak a word to describe what actually happened) I had to have an intervention team take him there.

The venomous look he gave me as he sat in the back of that car will haunt me the rest of my life. I cried all night thinking I had lost my son – betrayed his trust irrevocably and destroyed even the tattered relationship we had at the time. I did not know if or how we would ever get back. I thought he would hate me for the rest of his life — but I took solace in the fact that at least he would have a rest of his life in which to hate me.

My insurance plan covered only three weeks of residential treatment but I was able to get him into a full-day program immediately. Halloween of 2018 found me fretting over Aidan turning 18 in three weeks and worrying he would choose to leave the program. But he didn’t. He stayed a full year —during which he graduated high school at the treatment center and even marched with his Class of 2019 schoolmates to receive his NCHS diploma.

Aidan discharged from the program in early October of 2019. By the time Halloween rolled around that year, we were celebrating him achieving one year of sobriety.

This past October 8th, it became two years. I’ve said this often — our relationship has become so much closer and stronger than it was even before he started using.

While I absolutely rejoice in this and can barely contain my pride at what Aidan has accomplished, I know this is a lifelong battle and recurrence could happen at any time.

In fact, just last week we had our first big fight in a long time – over him lying to me about where he was one evening. He didn’t use, wasn’t doing anything wrong, but he still lied. When I asked him why, he said he honestly didn’t know, “maybe it was just habit.”

If that’s the worst we have to face, I’ll take it, but I have to admit, it still makes me nervous. Old patterns can beget new problems.

Nevertheless, I’m fully confident that with each passing year, as Aidan works to maintain his sober lifestyle (and hopefully kicks all his bad habits), I will be able to banish the ghosts of Halloween past — for good.